The Big Bite Moro vs Boost 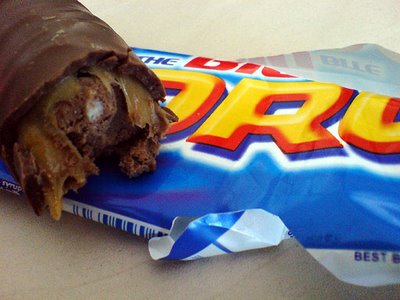 What's with Cadbury's "The big bite Moro" in the UK (Made in Ireland), it's exactly the same as a "Boost charged with Glucose". In other countries a Cadbury's Moro is the same as a Mars bar. Contents and ingredients of a Moro and a Boost:

Perhaps the flavouring is slightly different, but the ingredients are identical. I want answers! Cadburys say that it's made in Ireland with a different choclate recipe.

Update: I contacted Cadburys, who said that the Moro bar is sold in Ireland, and they have no plans of introducing it into the UK, as the UK have the Boost bar. I spoke to a friend who worked in the industry, and he says that distribution warehouses simply buy from the cheapest suppliers available and often that means buying from overseas, which is why we end up with Moro bars in the UK.