Showing posts from February, 2006
Show all

New films at the cinema...

February 25, 2006
We've recently joined screenselect - and have watched 'the notebook' - it was surprisingly good.

H. would quite like to see Munich, and I think I would too. The only question now is whether to go watch these films at the cinema, or just wait till they're available at screenselect? I just don't know how long that's gonna be. It's way easier to find movies you want to watch on screenselect, than it is at blockbuster, plus there's never any fines.

Another film that looks fairly good (but predictable) is Matador - it's got the whole killing people thing going on in films that I generally find entertaining, and it's mixed in with some comedy, so it should be good.
Post a Comment
Read more 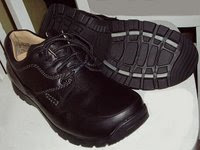 I got some new shoes yesterday, 'Clarks Show Low GTX, Activ Air', to replace my work shoes. (For some reason, people think spelling words like active incorrectly as 'Activ', makes a product "cool".) My previous shoes lasted about 2 years, and were from Clarks, they don't do the same shoe anymore so I've had to get some different ones*. I'm not sure how long they'll last though, and thought it would be good to blog about it then I have a record of it.

The Littlest Hobo in Spanish 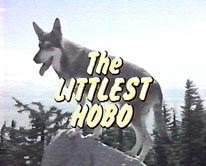 Do you remember the littlest hobo? It featured an excellent theme tune: "Maybe Tomorrow" by Scooch (featured on "The Best TV Ads" compilation). Anyway, I loved that little guy, going from town to town helping people out, and then every episode you thought he'd found his perfect home, only for him to leave at the end, it was heartbreaking I tells ya. Anyway, recreate "The Littlest Hobo" experience here ...in spanish!
Post a Comment
Read more

Mike and Kate's wedding was yesturday - photo set 1 and 2 can be found here.

Kate's Hen Do Photos are here and they feature some famous people from HollyOaks and Grange Hill.

Plus I finally got round to uploading some more photos from our Scotland Holiday.
Post a Comment
Read more

digital cameras... and the death of film...

surfing again, I started somewhere, read about the death of film*, found this one interesting where they have this lovely picture it makes me want to travel, and ended here looking at more lovely pics.

I think there should be a different name for this kind of 'surfing', surfing with no prupose, but surfing the internet and following a theme, 'theme surfing' pehaps. most of the time i check my most favourite sites, or simple start at bloglines, but each site/page i go to is a fresh start at point a, where it only occassionally spurs 'theme surfing', but if I'm lucky, I find something that can start the theme going.

* regarding the death of film, advocates of film say that film will last 100s of years, although in my opinion, this is most likely if you end up a famous photographer, make some books etc... (rant mode on...)

I read somewhere^, they were saying "Will JPEGs be around in 10 years?" / "Will people be able to open JPEGs?" - what a st…
3 comments
Read more

February 07, 2006
This (CameraHacker.com) is another of those sites that you just end up reading - it's got cool things that you want to try out such as: how to make a camera mount for your bicycle or car - plus loads of other cool stuff that you're too scared to try out.

"Tutorials range from hacking digital cameras (e.g., accessing memory stick duo in a memory stick reader without an adapter) to building camera mounts for your bicycle and car to building your own hand trigger."

Well, it was on special offer at Asda, buy one get one free on packs of 6 cans so I had to try it, didn't I? And now I have, and the verdict: It's not coffee, so obviously it'se never going to be as good as a proper coffee, and it's not cola, but you'd think that perhaps the two could combine to make some kind of super coffee-coke? Well, not really, it tastes mainly like super sweet cola, with a sickly caramilised additional taste, and if you try really hard you can taste a tiny bit of coffee flavour in there.

Overall though, I wouldn't say it was enjoyable, rather that it's *just* about bearable, with an overly sweet, sickly taste. If it stays on the market, then I can imagine it being popular with students / or people who leave deadlines to the last minute and have to work all night, due to the higher caffiene content than normal coke, and the less scary caffeine content than real coffee / red bull. 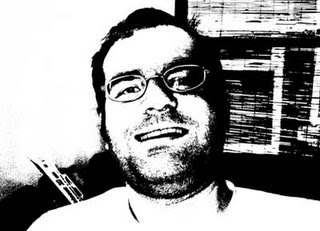 A new day, a new me (well not really). I've been playing with the Ricoh GR Digital today, it's got a Text scene mode that captures the image as a black and white tiff file, and it allows you to change the darkness of the image you're taking, Microsoft's built in picture viewer seemed to make it look like it was a greyscale image, which I thought looked cool, so here it is.

I'm really good at putting off work, but still think I'm working, for example, I have a heap of reviews to write (4 currently! and more cameras expected!!), but I'm much better at taking random photos and playing with the cameras than actually doing the writing, although playing with the cameras is important, if I don't write anything then it kind of defeats the purpose! Also, I'm VERY good at reading about cameras on the internet as well, and I'm especially good at going off on a tangent, for example, I was reading Ken Rockwell's website the other day, and ended up reading…
Post a Comment
Read more

February 02, 2006
This is just so nuts, it's brilliant, this guy's talking about digital cameras, as though they're computers, which they are, but I love the amount of detail (CPU speed, type, sound quality etc), and especially how you can play doom on them!! I wonder what speed and type of chips are in modern digital cameras!
Post a Comment
Read more