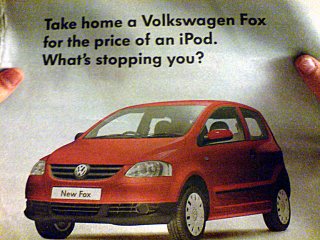 Sorry VW, I'd rather have the iPod. (and an older car bought outright with savings that have been making me interest, rather than your finance company).