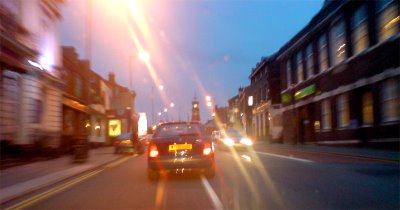 It was a sad day driving our car to Nottingham to sell it. Following the car, it looks like a tall Mk1 Golf for the 21st Century... it looked surprisingly clean as well. Ours was the 1.4 8v, with 68bhp, another version features a 1.4 litre 16 valve engine that produces 100bhp! With the relatively small size of the car, I'm sure that the 16v version would be VERY nippy! Perhaps in a couple of years, they will become cheap enough to justify as a FUN second car!? :) 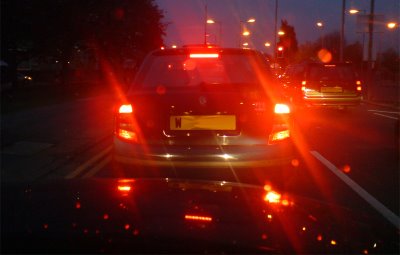 It was good to know that the car was leaving us in fully functioning condition, with all brake lights working. 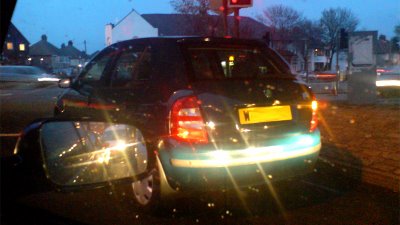 Unfortunately we had to travel in the evening, meaning that this was pretty much the last bit of daylight we saw. 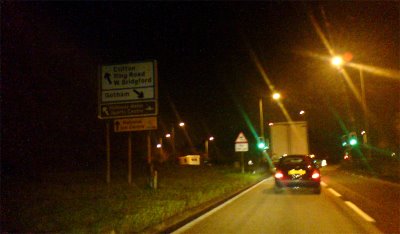 Here we are nearly in Nottingham, with a sign pointing out Gotham City. You know, where they always film those Batman films. Unfortunately I'd managed to print out directions to Nottingham, but not to the actual buyers house! So we ended up spending an hour extra driving around Nottingham city centre! But at least we know she's gone to a good home :) - you can click the pictures to view a bigger version. All taken with the Sony Ericsson K800i 3mp Cybershot Mobile Phone.