December 10, 2018
Many people are looking to simplify their dependence, and addiction to smartphones (from Google and iOS), or perhaps you're looking for a simpler phone for use by someone small (like a child), or you want a smaller phone in your pocket, with better battery life.

You might also want to avoid Google tracking your every move.

You might want to use certain modern apps, such as Whatsapp, or Sat-nav, if possible. So in order to find out what could be done with an old smartphone, I thought I'd look at what it's like to use an old Symbian Nokia E72 smartphone in 2018.

Many modern smartphones have large screens, and on-screen touch keyboards. "Back in the day" when phones didn't always have a large touch-screen, they'd sometimes feature a real keyboard. This is why I went for a Nokia E72, with a keyboard, rather than simply a numeric keypad, as I still wanted to be able to type or write text messages (and potentially emails). 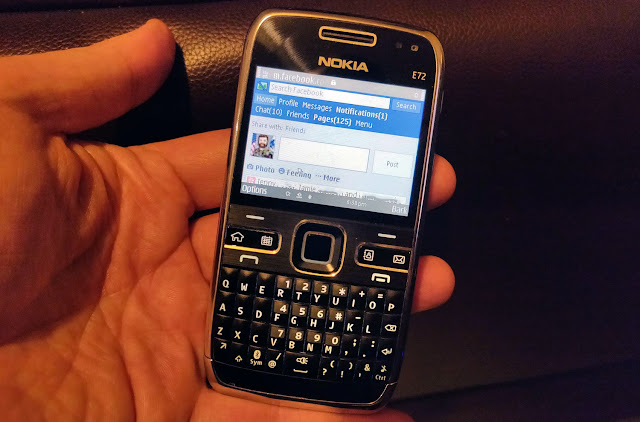 Lets dive straight in and see what I can and can't accomplish with this smartphone... (queue HTML table...). We've included the features and information we deem to be important, and have omitted some of the features that come as standard with a smartphone, such as MP3 playback, built-in Wi-Fi, but we have included some features such as Text messaging, and Email support, as modern smartphones support emojis, and email support can be lacking in older phones, as some companies (such as Gmail and Hotmail etc) cut off support for older devices.

The operating system allows multi-tasking, as well as the ability to switch between apps as you would expect, however the very small amount of RAM built-in, means you can easily open too many apps, and end up with memory error messages, or crashing apps.

June 24, 2007
1996 - Dave Mustaine got together with Lee Ving (Voice, Harmonica, Lyrics), Kelly Lemieux (Bass), Jimmy DeGrasso (Drums) and played Guitar and wrote lyrics to record the album called MD.45 - The Craving, creating a "punk metal record". It was at a time when Dave was unhappy with what Megadeth were doing (Cryptic Writings, Risk). Musically great, however, fans of Megadeth / Dave Mustaine, were somewhat disappointed with the vocals. Fast forward to 2004 - Dave Mustaine is remixing and remastering all his albums, one of them is MD.45 - The Craving. Unfortunately half the recording (Vocals, Harmonica) was recorded in a different studio, which had since shut. Unable to remix / remaster from the original recordings, Dave Mustaine decided to re-record the vocals and harmonica by singing himself and simulating the harmonica parts on guitar. MD.45 The Craving - Dave Mustaine Vocals (2004 Remastered) - Fans of Megadeth will enjoy this album. I listened to the original '96 v
Post a Comment
Read more